For my Saturday Creations post, I decided to make garland with three of the images from the Coffee Love Stamp Set – the coffee cup, the winking smiley face, and the heart. I created the following gift crate with a matching card: 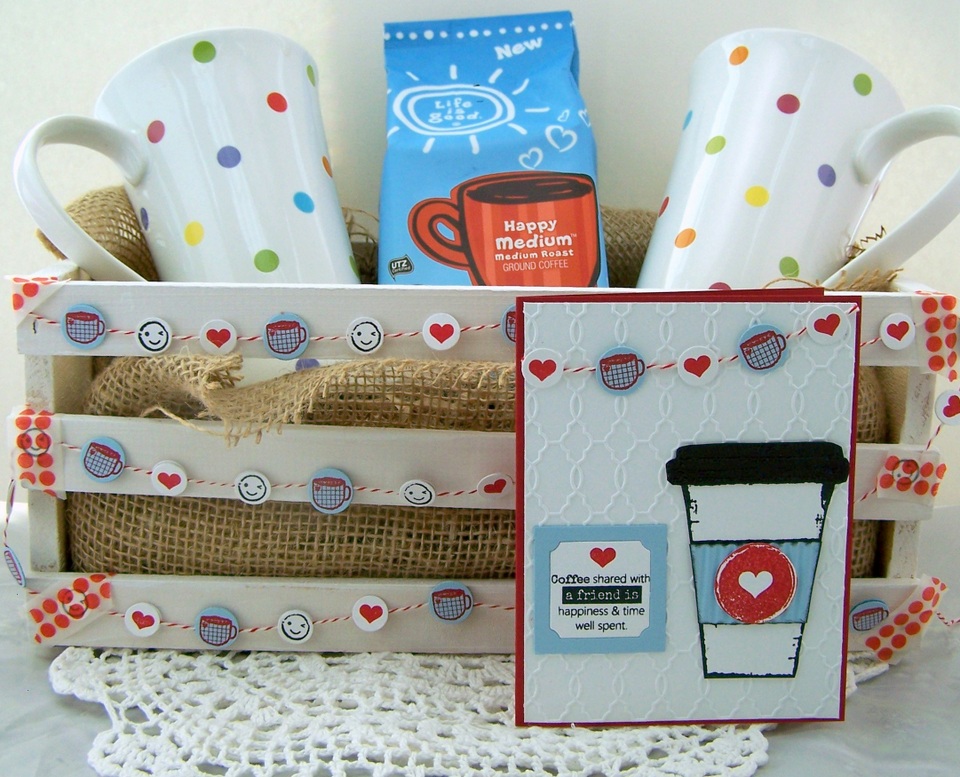 I made this for a friend who LOVES to chat over a good cup of coffee! 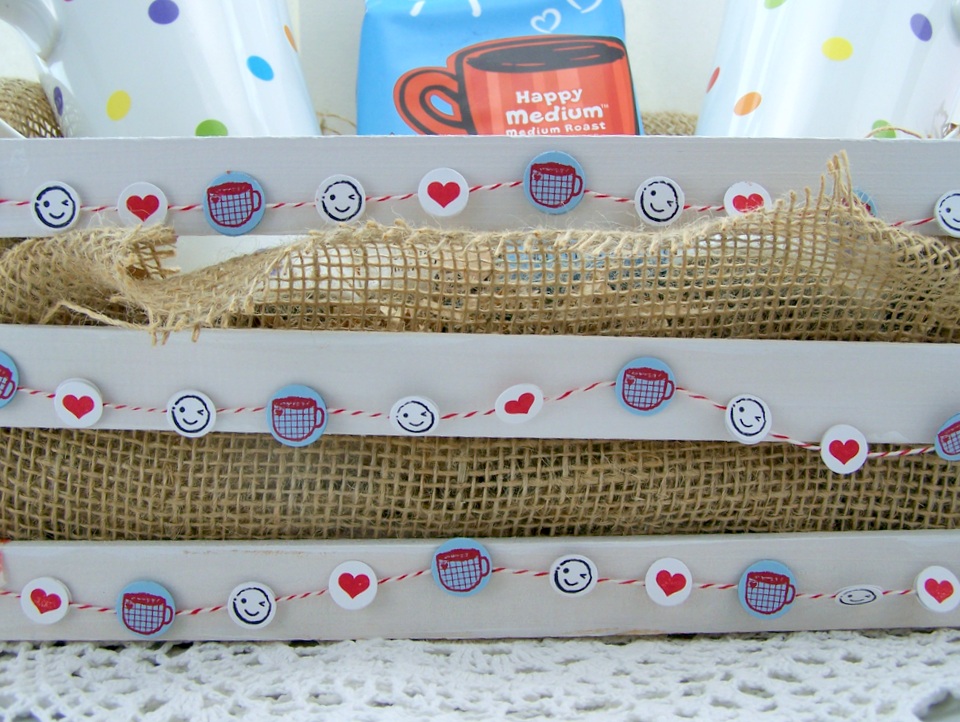 Here is a close up of the garland I strung on the crate.

Here is a close up of the card: 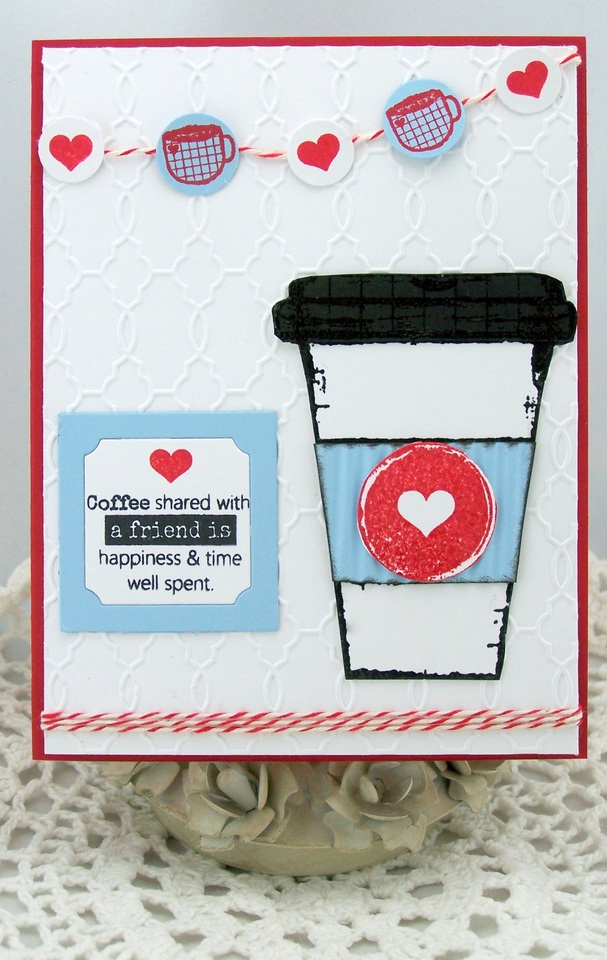 Not only did I hang some garland on the top, but I added twine to the bottom of the card as well to balance it out. 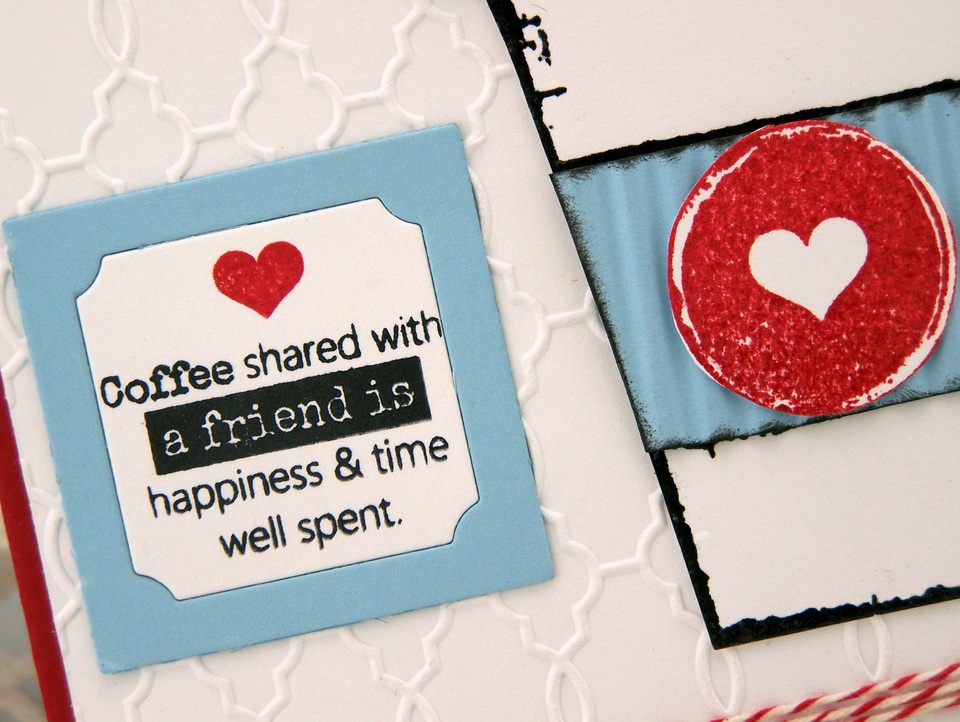 Here is a close up of one of the FAB sentiments in the stamp set. I added a tiny heart to mimic the heart on the coffee band (which I crimped so it would look like the real thing).

I wanted to point out two things in this photo. First, I made the coffee lid by stamping with Versamark and clear embossing on black so it would look like plastic.

Second, I made the garland by punching out the images with two different sized circle punches and then sandwiching them on the twine (after running them through a Xyron machine to make them super sticky). 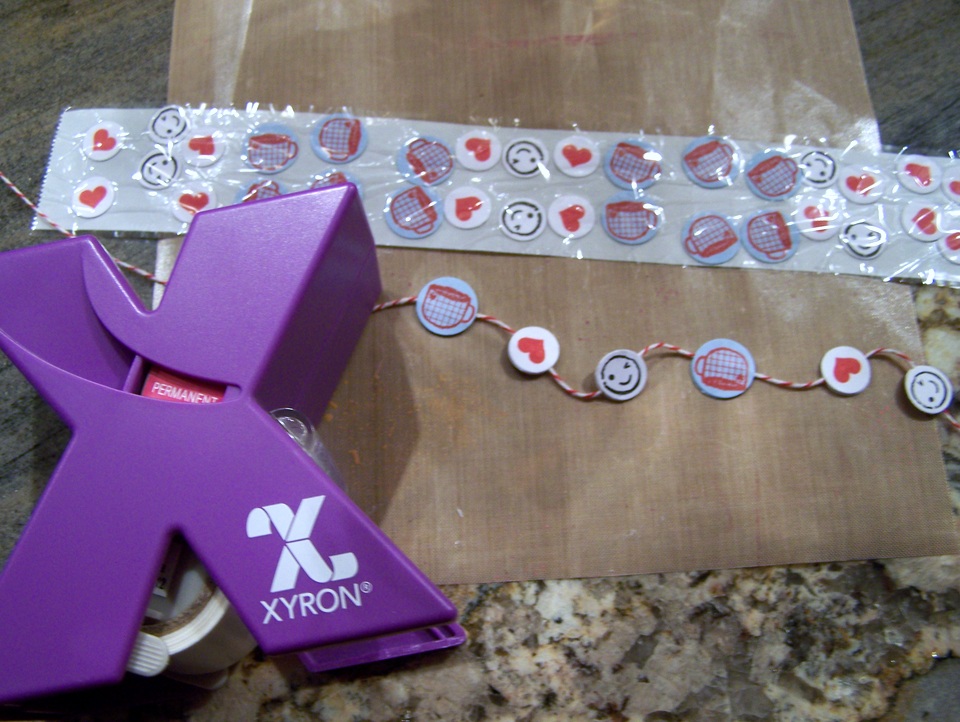 The circles went with the polka dot motif ( on the coffee mugs) and it was much easier than cutting them out!

I hope you like my “Out of the Box” creation with this Fantastic Stamp Set called Coffee Love! 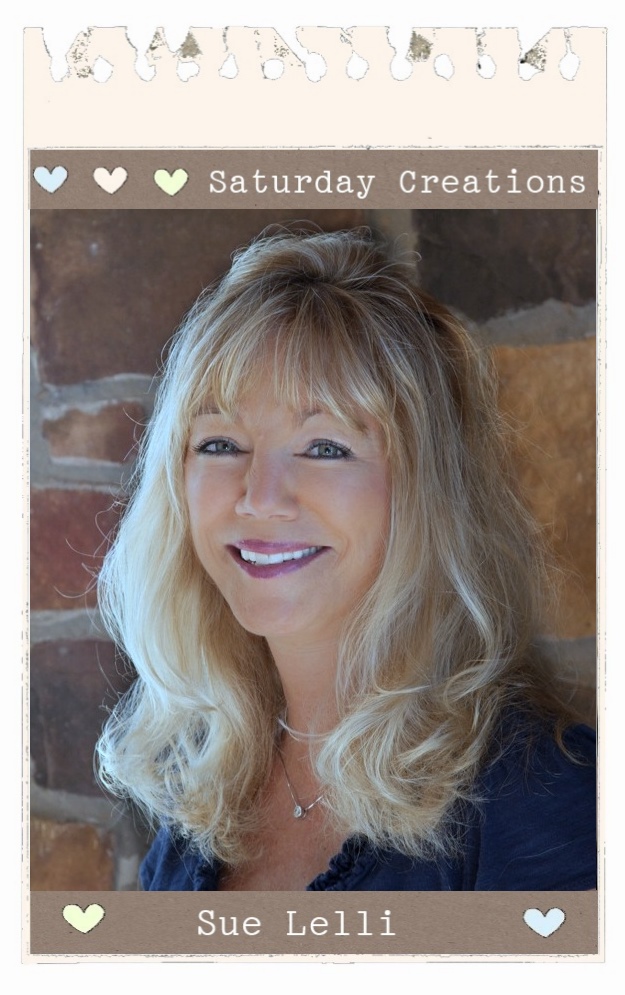